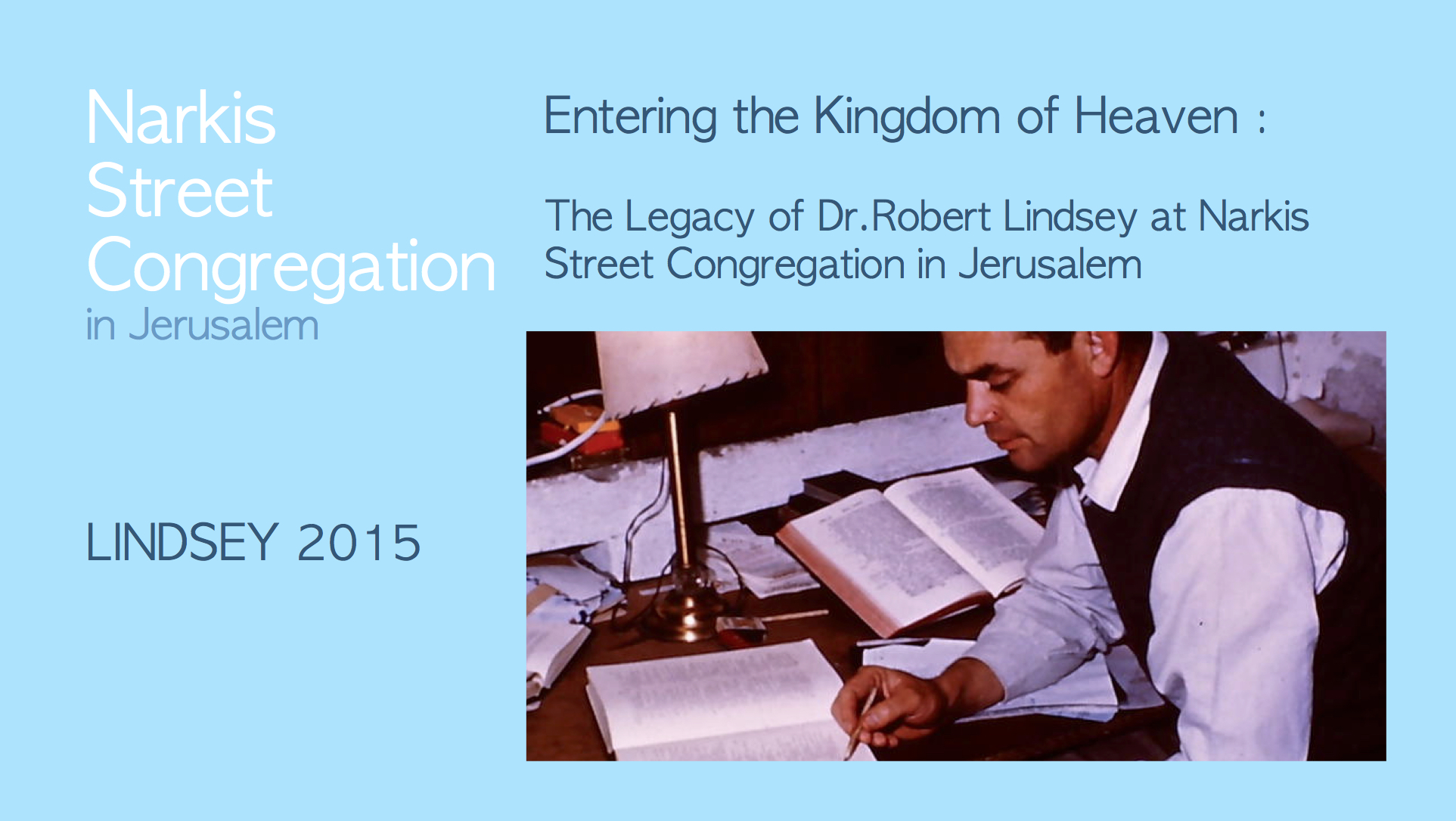 Robert “Bob” Lindsey passed away twenty years ago on May 31, 1995. He and his wife, Margaret, lived and ministered in Israel from 1945 to 1987 with the Baptist Convention in Israel. For many of those years he pastored the Narkis Street Baptist Congregation in Jerusalem, Israel.

From May 29 to June 2, 2015, Narkis Street Congregation hosted a conference on Bob Lindsey’s legacy as pastor, scholar, and passionate disciple of Jesus. This conference was a time of remembrance, reflection, and renewal. We looked not only at his legacy, but also explored how our congregation has since developed and we carry on that spiritual heritage.

In order to understand Bob’s legacy at our congregation and among the peoples of this Land, we examined the unique history of this property, Baptist House. We walked through modern day Jerusalem discussing the city’s 20th century history in relation to Bob’s work. We crossed no man’s land, the pre-1967 border between West and East Jerusalem, recounting when Bob attempted to rescue 15-year-old Edward Zoumout in 1961. On May 30, we celebrated a special Bible Study and Worship Service at Narkis Street Congregation with meal. On the final two days, 16 speakers presented papers that examined different aspects of Bob Lindsey’s impact upon Israel and the Church, New Testament scholarship, and evangelical practice.